Access to toxicity reports and protection of commercial interests: the Court of Justice of the European Union blows the final whistle!

The Court of Justice of the European Union (CJEU) has recently issued two rulings which aim at ending the debate on the access of reports provided to the European Medicines Agency (EMA) as part of an authorisation to market a medicinal product. While Advocate General Hogan opined in these two cases that such reports, and in particular the toxicity reports, fell within a general presumption of confidentiality, the Court ruled in favour of the position retained by the General Court in favour of the widest possible access to these toxicity reports to a third party.

In a previous article, we highlighted the current battle before the Court between the Advocate General Hogan and the Tribunal regarding the issue of access to toxicity reports in light of the protection of commercial interests.

This article related to the action lodged by MSD Animal Health Innovation (MSD) and Intervet Interventional (Intervet) against the decision of the EMA granting partial access to three toxicity reports introduced as part of an authorisation to market a veterinary medicinal product used to treat tick and flea infestations in dogs.

Before the General Court, MSD and Intervet argued that all of the toxicology reports were subject to a general presumption of confidentiality. They asserted especially that such confidentiality was necessary to avoid the reuse of the toxicity test reports in connection with any new market authorisation applications.

In a similar case, the General Court was requested to settle the identical question. The dispute was lodged PTC Therapeutics International (PTC), who designed the medicinal product Translarna for the treatment of Duchenne Muscular Dystrophy for which a conditional market authorisation was granted. Later on, the EMA decided to grant access to a third party to redacted versions of all toxicity reports

In addition, the General Court considered that the infringement of the protection of the commercial interests of a person is not necessarily determined by reference to the financial value of the information subject to disclosure. It must be shown that the documents at issue contain elements which may, if disclosed, seriously undermine the commercial interests of a legal person, which would BE the case if the information relates to the business strategies of the undertakings concerned, to their commercial relations or where those documents contain information particular to that undertaking which reveal its expertise.

Against these decisions, each party decided to lodge an action before the Court of Justice of the European Union.

As a result, the General Court and Advocate General Hogan seemed to rule in favour of two sharply opposing positions:

In its rulings, the Court started by placing the Regulation n°1049/2001 regarding public access to European Parliament, Council and Commission documents on a broader perspective.

Indeed, the Court recalls that this Regulation must be read in light of the intention to mark a new stage in the process of creating an ever closer union among the peoples of Europe, in which decisions are taken as openly as possible and as closely as possible to the citizen. The openness enables the European Union institutions to have greater legitimacy and to be more effective and more accountable to EU citizens in a democratic system. According to the Court, these fundamental objectives are also reflected both in the Treaty on the European Union (article 10 (3)) and in the Treaty on the functioning of the European Union (article 15 (1)). It is worth noting that the Court makes also an interesting reference to Article 42 of the Charter of Fundamental Rights of the European Union, which also gives to any citizen the right of access to European institutions documents.

This recalled, the Court of Justice specifies that the right of access to documents of the European Union institutions is subject to certain limits based on reasons of public or private interest. These exceptions must however be applied strictly. The concerned EU body must, in principle, explain how access to the document requested could specifically and actually undermine the interest protected by that exception, and the risk of the interest being undermined must be reasonably foreseeable and must not be purely hypothetical.

Unlike Advocate General Hogan, the Court considers that the recourse to a general presumption of confidentiality is merely optional. This means that an EU institution is not required to base its decision on such a general presumption. On the contrary, it may choose to carry out a specific examination of the documents covered by a request for access to determine whether they are protected, in whole or in part, by one or more of the exceptions laid down in Article 4 of Regulation N°1049/2001 and provide reasons stemming from that specific examination.

As a result, the Court rejected the ground of appeal which criticized the fact that the EMA decided not to recognize a new general presumption of confidentiality for toxicity reports and, after a depth and comprehensive analysis of the requested documents, decided to grant a partial access to the documents in question.

On a side note, the Court considers that the General Court erred in law in stating that in order to be commercially sensitive, the documents at issue should have seriously undermined the commercial interests of a legal person. Based on the wording of the Regulation n°1049/2001, according to the Court, any undermining of the commercial interests is capable of justifying the application, as the case may be, of one of the exceptions listed therein, without it being necessary for that interference to reach a particular threshold of seriousness. However, the Court considered that this error in law could not lead to an annulment of the General Court’s decision as the latter did not rely on the seriousness of the harm done to the appellant’s commercial interests to exclude the application of this exception.

Finally, the Court acknowledges that the risk of misuse of the data contained in a toxicity report may impair the commercial interests of an undertaking in certain circumstances. However, a mere unsubstantiated allegation relating to this risk of misuse cannot lead to the application of this exception concerning the protection of commercial interests. Otherwise said, the applicants should have demonstrated concretely before the EMA how the disclosure of the documents in question would be likely to prejudice in practice the commercial interests of the data subjects in a reasonably foreseeable manner.

These two judgments are of paramount importance for all active players in the life-sciences industry, as they illustrate the Court’s willingness to recognize the widest access possible to toxicology reports provided by undertakings as part of an authorisation to market a medicinal product.

Given the general wording of the Court’s rulings, they are also of utmost interest for players active in other regulated sectors, such as the food & beverage sector.

Kevin Munungu
I am an associate in the Regulatory, Public & Administrative Law department in our Brussels office. I advise both Belgian and international clients on regulatory matters across several sectors. I offer both contentious and non-contentious advice to Belgian and international clients in regulated sectors, such as life sciences, and food and beverages. My areas of expertise include European public procurement and related litigation.
Profile
Popular 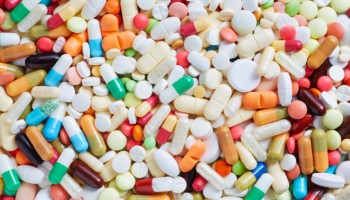 Brona Heenan
7 min
EU merger control – new guidance brings uncertainty – particularly for tech and pharma acquisitions
Illumina’s acquisition of cancer testing startup, Grail, looks set to be the testing ground for the Commission’s...
Cookie consent
We use analytics cookies to help us understand if our website is working well and to learn what content is most useful to visitors. We also use some cookies which are essential to make our website work. You can accept or reject our analytic cookies (including the collection of associated data) and change your mind at any time. Find out more in our Cookie Notice.