Blockchain is perhaps best known as the technology on which Bitcoin and other digital cryptocurrencies are built. Adoption of blockchain technology – especially in the financial services sector – has been rapid but in the life sciences and healthcare sectors it is still in its infancy. That said, companies and other organisations in the life sciences and healthcare sectors are increasingly exploring and deploying blockchain solutions.

To help companies operating in the life sciences and healthcare sectors understand how blockchain works and how it can be exploited to create efficiencies, Bird & Bird has issued a report entitled “Blockchains uncut: risks, rewards and regulations” which seeks to answer the key questions companies have about blockchain. It is a must-read for anyone considering engaging in a blockchain project in the UK or Europe. You can register to download the report by clicking here.

So, what is blockchain?

A blockchain is a distributed or shared database or ledger that sets out a list of the transactions that have been validated by a peer-to-peer network. For example, for Bitcoin, the list of validated transactions are the payment instructions validated by the network (e.g. A sent X Bitcoins to B). The peers in the peer-to-peer network are often referred to as “nodes”. Nodes are computers that have downloaded and implemented the relevant blockchain software. Once the software has been successfully implemented, each node connects to other nodes in the relevant blockchain network over the internet. The collection of connected nodes is the blockchain network. Once connected, each node downloads and stores a copy of the database (hence it is referred to as a distributed or shared database as every node holds a copy of the database) and can perform other tasks such as sending transactions for recording on the blockchain.

For these reasons, organisations (including those operating in the life sciences and healthcare sectors) who want to run or participate in a blockchain network will be more attracted to blockchains on the other end of the spectrum, also referred to as private blockchains. Private blockchains also share some common features:

How is blockchain being used in the life sciences sector?

The life sciences and healthcare sectors stand to benefit from blockchain technologies in a number of ways, for example:

As mentioned earlier, organisations will be attracted to private blockchains over public blockchains for a number of reasons, including because there is greater certainty as to the rules governing how the blockchain network operates. These rules will be set out in contracts.

In our experience, there are two main contracts:

These contracts may often be heavily negotiated. It is important that any commitments made by the trusted intermediary under the participation contract are appropriately backed off under the terms of the blockchain services contract. Key issues that come up include liability (what happens if data is lost or corrupted), security (what security measures does the trusted intermediary have in place to ensure the integrity of the network), service levels (uptime of the network) and intellectual property (who owns the IP in any bespoke developments – more on this below).

Who owns IP in the blockchain?

What are the legal challenges with blockchain?

One of the key challenges for all cutting-edge technology is that regulation is always playing catch up. For example, the General Data Protection Regulation (GDPR), which sets out the European legal framework for processing personal data, was not drafted with blockchain technologies in mind.

As a result, there are a number of key principles of the GDPR which conflict with the fundamental features of any blockchain. For example, the GDPR requires companies operating in the EU to be able to delete or update personal data. Individuals also have the right to be forgotten. However, if personal data is recorded on a blockchain, it is not clear how these requirements can be complied with given the immutable nature of blockchains.

One obvious solution is not to store any personal data on the blockchain; instead, personal data is stored “off ledger” where the data can be freely amended or deleted. Another option, proposed by the French Data Protection Authority, the Commission nationale de l’informatique et des libertés (or CNIL), is to try to use encryption technologies – such as “salt” or “pepper” hashing – to make the underlying personal data practically inaccessible. However, such a proposal does not necessarily solve the conflict but merely mitigates its impact. For now (and until further guidance on this point is published by regulators), the law and technology are in conflict with no regulation in force to determine how to solve this conflict.

There has been a lot of hype around blockchain over the past few years. Its detractors have referred to it as a “solution in search of a problem.” In 2019, Gartner announced that blockchain technologies had reached the “Trough of Disillusionment” in its Hype Circle.

However, it’s not all doom and gloom. Over the next few years, we expect to experience a “blockchain spring” where organisations, armed with the experience they have learned from previous proof-of-concept blockchain projects, seek to focus on more limited use cases for blockchain centred around better data exchange and better data reliability: how can we better share data from disparate parties using the benefits of blockchain? These benefits include:

The life sciences and healthcare sectors are in a great position to take advantage of the benefits of blockchain for these types of focused projects given, as described above, the importance of the integrity of data to their business models whether that’s electronic health records (or EHRs), clinical trial data or information on the pharmaceutical supply chain.

James Baillieu
I'm a corporate partner based in London where I use my experience to advise clients - ranging from start-ups to multinationals, investment banks and private equity funds - on mergers and acquisitions (and divestitures), IPO's and other securities offerings, private equity and venture capital investments/exits, joint ventures, strategic collaborations and corporate reorganisations.
Profile 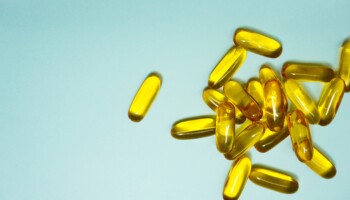 Frederik Haugsted
3 min
Badmouthing your competitor’s products: Commission investigation indicates that so-called disparagement claims in the market could be considered stand-alone abuses of dominance
On June 20 2022, the European Commission (“Commission”) published the opening of an... 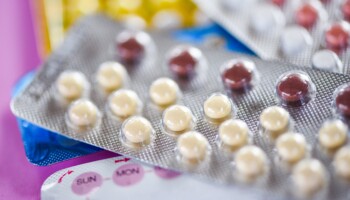 Angelica Sorn
8 min
TGA Proposes New Course of Treatment for Software as a Medical Device
In December 2019 the Therapeutic Goods Legislation Amendment (2019 Measures No. 1) Regulations 2019...
Cookie consent
We use analytics cookies to help us understand if our website is working well and to learn what content is most useful to visitors. We also use some cookies which are essential to make our website work. You can accept or reject our analytic cookies (including the collection of associated data) and change your mind at any time. Find out more in our Cookie Notice.