Approximately twenty years ago, the regulation of Substances of Human Origin (“SHO”) in Europe was reshaped by the introduction of the Blood Directive (2002/98/EC) and the Tissues and Cells Directive (2004/23/EC) (together the “BTC Directives”). Although EU directives are legislative acts, they are not directly binding on Member States and merely set out a goal that all EU countries must achieve. It is up to the particular Member State to determine how best to achieve that goal and to make its application binding.

The Blood Directive is principally concerned with the safety and quality of whole blood and blood components for therapeutic use; it sets out various requirements, including:

The Tissues and Cells Directive governs safety and quality of human tissues and cells for therapeutic use. It does not apply to autologous grafts (e.g. skin grafts from the same patient), blood (which is covered by the Blood Directive) or organs. This directive prescribes rules for:

On 14 July 2022 the European Commission adopted a proposal that would repeal the BTC Directives. The Commission’s press release can be accessed here. The aim is ultimately to advance patient safety by improving the quality of blood, cells, and tissue products for various human clinical applications. From a regulatory perspective this makes sense: the BTC Directives are almost two decades old. In that time, the development of clinical cell and tissue therapies has advanced significantly, whereas the rules and regulations safeguarding patients and donors have not.

Although the final text remains to be seen, the new SHO Regulation is expected to include (but is certainly not limited to) the following provisions:

How will this affect the UK?

On 28 September 2022, the Department of Health and Social Care (“DHSC”) published a widely anticipated policy paper on the new SHO Regulation, considering its impact on the UK and Northern Ireland. The full paper can be accessed here.

The salient points to note from a UK perspective are:

The new proposed regulation still has to be approved by the European Parliament and Council. Once the final text is agreed, the new Regulation will come into force with a two-year transition period (extending to three years for some provisions).

It is unclear to what extent (if any) the UK Government will adopt parts of the SHO Regulation. The UK Government is not currently planning a public consultation in relation to the SHO Regulation, although targeted external consultation will take place with UK regulators and interested stakeholders such as The Human Fertilisation and Embryology Authority; The Medicines and Healthcare products Regulatory Agency; and NHS Blood and Transplant (to name a few).

Phillipus Putter
I am an associate in the Intellectual Property Group based in London. I work with clients on a wide spectrum of intellectual property rights, with a particular focus on patent litigation and enforcement. I have a broad range of contentious and non-contentious experience across all intellectual property rights. Although my main area of focus is patent litigation, I also have a keen interest in trademarks and design rights. My experience includes providing regulatory advice in relation to pharmaceuticals and medical devices, including marketing and advertising of medicinal products in the UK and EU.
Profile
Popular 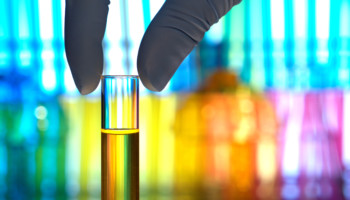 Mark Hilton
1 min
Welcome to BioTalk!
BioTalk, is the new hub brought to you by Bird & Bird's International Life Sciences and Healthcare... 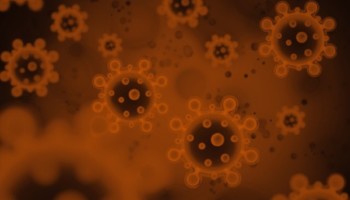 Pieter Erasmus
13 min
COVID-19: UK Public Health Perspectives
As Novel Coronavirus (COVID-19) continues to spread across the globe, in an effort to prepare for all...