Illumina’s acquisition of cancer testing startup, Grail, looks set to be the testing ground for the Commission’s first application of its new guidance on the Article 22 referral mechanism of the EU Merger Regulation (Council Regulation EC No 139/2004) allowing it to review deals that meet neither EU or national thresholds. There has been much debate at EU level as the extent of a perceived merger enforcement gap, allowing acquisitions by incumbents of nascent competitors that could play a significant competitive role in the market despite generating little revenue at the moment of the transaction. This policy shift is the Commission’s response to fears that EU merger control is not up to the task of dealing with “killer acquisitions” that allow large companies to acquire promising smaller players that generate little or no turnover/sales as a means of heading off a future competitive threat.

The solution that was hiding in plain sight? Or a power-grab?

You will not find a reference to “killer acquisitions” in the Commission’s new guidance. Countries such as Germany and Austria have already revised their national rules to capture the “value of the transaction” in addition to turnover thresholds. Doubting the effectiveness of introducing new non-revenue-based thresholds, the Commission chose instead to rely on its existing powers under Article 22 of the Merger Regulation, enabling its new guidance on Article 22 referrals to take effect immediately and without any input from legislators.

Controversially, the Commission’s updated guidance (published 26 March 2021) on the referral mechanism of Article 22 seeks to utilise an existing provision of the EU Merger Regulation. Article 22 is known as “the Dutch clause” on the basis that it was originally requested by the Netherlands in 1989, when it had no merger control regime and wanted to be able to ask the Commission to review deals that might harm competition on its territory. Article 22 allows a Member State to request the Commission to examine a concentration (merger or acquisition of control) that (i) affects trade between Member States, and (ii) threatens to significantly affect competition within the territory of the Member State or States making the request. However, although the long-standing policy of the Commission was not to accept referrals of transactions that did not trigger national merger control rules, the Commission will now reverse course and even invite referral requests where the relevant criteria are met. The Commission also indicates that third parties may inform them of candidate transactions for referral, whereas previously the mechanism operated between the Commission and national competition authorities (NCAs) only. Not only does this add complexity to a merger analysis, it also extends a new meddling tool to unhappy customers, suppliers or competitors.

Just how much uncertainty does this guidance bring?

Brightline revenue thresholds at both EU and national level can no longer be relied on to exclude merger control filing requirements. In the Illumina/Grail merger case, even before the Guidance was adopted or published, the Commission invited Member States to make a referral request. A number of NCAs obliged. With this kind of uncertainty emerging, merging parties will need to carefully consider, on a case by case basis, whether their transaction presents an Article 22 referral risk, regardless of whether the transaction is notifiable in one or more Member States.

Factors that may trigger an Article 22 referral

Appropriate referral cases include transactions where the turnover of at least one of the parties does not reflect its actual or future competitive potential. The Commission may also take account of whether the value of the consideration received by the seller is particularly high compared to the current turnover of the target. Other factors include where the target:

(1) is a start-up or recent entrant with significant competitive potential that has yet to develop or implement a business model generating significant revenues (or is still in the initial phase of implementing such business model);

(2) is an important innovator or is conducting potentially important research;

(3) is an actual or potential important competitive force;

(4) has access to competitively significant assets (such as for instance raw materials, infrastructure, data or intellectual property rights); and/or

(5) provides products or services that are key inputs/components for other industries.

The guidance is careful to note that this list is “purely illustrative” leaving the Commission with very wide discretion and parties with even less legal certainty. For example, how do you decide what is significant competitive potential? How do you define an important innovator? Exactly what are competitively significant assets or key inputs? What constitutes a high consideration if the turnover is currently zero? No explanation is provided for any of these factors.

Worryingly – even closed transactions can be referred

As a general rule, referrals will not be considered appropriate when more than 6 months has passed from the completion date, but later referrals can be made in exceptional cases, such as, the magnitude of the potential competition concerns and the potential detrimental effect on consumers. In the context of completed transactions, the standstill obligation only applies as of the date on which the Commission informs the parties that a referral request has been made. There is nonetheless a broad hint of caveat emptor here. Encouraging the parties to voluntarily come forward with sufficient information in return for an early indication of the prospect of a referral appears to be the game.

NCAs have 15 working days from when the transaction is made known (if no notification). “Made known” is considered sufficient information to make a preliminary assessment on the relevant criteria. This is far from clear and different NCA’s are likely to have different concepts of what constitutes sufficient information. A press release may not cut the mustard. Other Member States may join the initial request within 15 working days of being informed by the Commission and the Commission has a further 10 working days in which to decide. If no decision is taken, it is deemed to have adopted a decision to examine the request.

There is little clarity on the process here which will add to the complexity of the merger analysis and timeframes.

Some increased potential for mischief ?

As mentioned above, the Commission will also allow third parties to indicate candidates for referral.   The risk of an Article 22 referral adds complexity to the analysis and this will require consideration with regard to closing conditions, long stop dates, risk allocation as well as timetables.

What does this mean for pharma acquisitions?

Early assessment will be required as to whether a transaction may be deemed a candidate for a referral request and whether a briefing to the Commission is advisable. With this new Guidance, the legal certainty provided in the past through clear cut revenue thresholds no longer holds, with a substantive assessment replacing the definitive assessment based on formal quantitative thresholds. Expect more Article 22 referral requests, increased costs and delays associated with this.

On a more general note, one of the main attractions of the EU one-stop-shop will be lost for transactions that fall within the categories set out above (the so-called killer acquisitions). Under Article 22 concurrent reviews are allowed as only Member States having either requested or joined a referral request can no longer apply their national competition law. A notification already under investigation by a Member State continues. This raises questions of duplication of effort as well as the risk of divergent outcomes. Legal challenges to the Commission’s new interpretation of Article 22 seem likely.

Brona Heenan
I am an associate in our Competition & EU Law based in Brussels. My practice covers all areas of competition law (both EU and UK) and I have also advised on the application of procurement law to contracting authorities, public bodies, utilities and EU institutions.
Profile
Popular 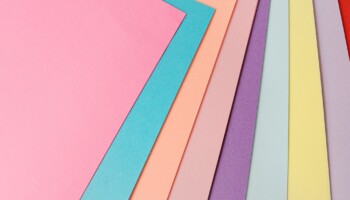 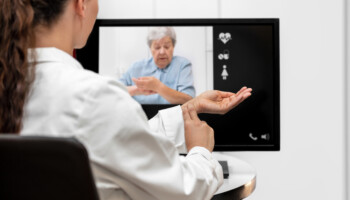 Bettina Kovecses
4 min
Hungary: New Legal Provisions set out Mandatory Infrastructure for Telemedicine
Until recently the Hungarian legal background of telemedicine was not particularly detailed. For obvious...
Cookie consent
We use analytics cookies to help us understand if our website is working well and to learn what content is most useful to visitors. We also use some cookies which are essential to make our website work. You can accept or reject our analytic cookies (including the collection of associated data) and change your mind at any time. Find out more in our Cookie Notice.