On 26 August 2019, China’s National People’s Congress passed the final amendments to the Drug Administration Law (“DAL“), which will take effect on 1 December 2019.

The DAL was first enacted in 1984, then substantively revised in 2001 and had minor amendments in 2013 and 2015. The DAL is a reflection of China’s continuing commitment to the pharmaceutical industry as the provisions in the DAL addresses key issues, which are of great public concern. The main provisions are set out below:-

Following a 3-year pilot project in 10 provinces/municipalities to implement an enhanced MAH system, research institutes will be able to apply for drug market authorization approvals and contract out drug production to a third party manufacturer (please click here to learn more about the pilot project). The enhanced MAH system will be implemented across China. Under the new DAL, the responsibilities to ensure drug safety, efficacy and quality are imposed on a MAH for the entire life-cycle of a drug:-

1. Under the new DAL, MAHs refer to companies, drug research institutions and others that have obtained the drug registration certificates (Article 30).

2. A MAH shall be responsible for the non-clinical research, clinical trial, production and sales, post-market research, adverse reaction monitoring, reporting and handling of drugs, specifically:

– During the drug research and development, a MAH shall follow the non-clinical and clinical quality management practice rules, which are to be formulated by the National Medical Products Administration (“NMPA”) and relevant departments of the State Council (Article 17).

– During the drug production stage, a MAH shall establish a quality management system (Article 43). In the case of contract manufacturing, a MAH shall also supervise and ensure the quality control of its manufacturers including appointing qualified manufacturers, executing manufacturing and quality assurance agreements (Article 32), conducting examination of drug products before they are launched on the market (Article 33). Blood products, narcotic drugs, psychotropic drugs, toxic medications and pharmaceutical precursor chemicals are prohibited from commissioning a manufacturer for production (Article 32).

– During drug post-marketing management stage, a MAH shall form a risk management plan and conduct post-marketing research (Article 77), and assess regularly on the safety, efficacy and quality of listed drugs (Article 83). The new DAL also requires a MAH to monitor and report adverse drug reactions (Articles 80, 81), recall drugs with quality defect or other safety risks (Article 82), and report annually to the provincial drug administration authorities regarding their drug production and sale, post-marketing research and risk management measures (Article 37). The legal representative and principal persons of a MAH are also required to take full responsibility for the drug quality (Article 30).

3. If a MAH is a foreign company, its designated business entity in China shall perform its MAH obligations and bear joint and several liabilities with the foreign MAH (Article 38).

2. Encouraging drug innovation and reform of the drug review and approval system

Measures which were implemented in the drug regulatory reform have been adopted in the DAL to continue China’s commitment to drug innovation and accessibility:

1. One of the main objectives of China’s medical reform is to promote drug innovation, and this has been codified into the final amendments to the DAL, with particular emphasis on the development of new drugs for the treatment of serious life-threatening diseases, rare diseases and paediatric drugs and the development of traditional Chinese medicine (Article 16).

3. Priority review and approval pathways are provided for paediatric drugs, drugs with urgent clinical needs, new drugs for prevention and treatment of severe infectious diseases and rare diseases (Articles 16 and 96).

4.Associated approval review mechanism: NMPA is required to conduct the review and approval for a drug application at the same time as the review of the drug’s API, drug excipients, packaging materials and containers, the compliance of drug quality standards, production processes, labels, and drug inserts (Article 25).

5.Conditional MA approval: The DAL allows conditional MA approval for drugs to treat serious life-threatening diseases with no comparable treatment options and drugs for an urgent public health need if mid-stage clinical data can predict clinical benefits (Article 26). It also requires that the conditional approval to be stated in the drug registration certificate (Article 26) and the MAH shall take risk management measures for conditional approved drugs and complete the relevant R&D within a specified time limit (Article 78). The NMPA has the power to withdraw the MA approval for conditional approved drugs if the R&D cannot be completed within the time limit or it has been confirmed that the risk of the drug outweighs its benefits (Article 78).

6. Compassionate drug use: compassionate drug use was first introduced in the second draft amendments to DAL, which provided that if a clinical institution is conducting clinical trial of a drug to treat life-threatening disease with no comparable treatment options, the drug being tested can be available free of charge to other patients with the same conditions in the same clinical trial institution, provided that the drug being tested is likely to have benefits and has passed the ethical review and informed consent has been obtained from the patients. However, the “free of charge” condition has been removed from the final amendments to the DAL (Article 23). Further guidelines will be issued at a later stage.

One of the significant changes in the final amendments to the DAL is that it removes the provision of restricting online sales of prescription drugs via e-commerce platforms proposed in the second draft DAL. Instead, the new amendments require that the MAH or drug distributors’ sale of drugs via internet shall comply with the drug sales provisions of the DAL. The implementation rules will be published by the NMPA. However, vaccines, blood products, narcotic drugs, psychotropic drugs, radiopharmaceuticals, pharmaceutical precursor chemicals, toxic medications are still prohibited from online sales (Article 61).

The online sale of prescription drugs triggered extensive debate, as some stakeholders were concerned on potential drug safety whilst others were in favour because this would support the “Internet + Healthcare” project [1].

In a press conference held by NPC regarding the interpretation of the new amendments of DAL [2], officers from the NPC Legislative Committee and Policy and Regulation Department of NMPA explained that the new amendments demonstrate an open but cautious stance to regulate online drug sales activities. They also disclosed that the drafting of the detailed rules to implement this new amendment is in progress. Measures they are considering include: (1) drug distributors eligible for online sales must be an entity that has obtained drug distribution licence; (2) for online sales of prescription drugs, drug online sales stores’ network must be interconnected with the medical institutions’ systems to achieve information sharing, and to ensure that genuine prescription is provided and drug safety of the patients; (3) Drug dispensing and delivery shall meet the GSP requirements.

4. Redefining the scope of counterfeit drugs and inferior drugs

Under the old DAL, drugs imported into China without approval from the national drug administration authority were deemed as “counterfeit drugs”. This provision has now been removed and the new amendments to the DAL provide that “counterfeit drugs” are:

“Inferior” drugs are now defined as:

Under the new DAL, a separate provision provides that the manufacture and import of drugs without approval are prohibited, and can be subject to fines, confiscation of illegal gains or even administration detention. However, if only a “small amount” of foreign marketed drugs are imported into China without authorization, there could be an exemption from punishment or lesser punishment (Article 124).

5. Punitive damages and the “most severe penalties” against violation

In response to public’s increasing concern on drug safety issues after the 2018 vaccine scandal [3], heavier legal liabilities have been imposed against violation of the new DAL:

The release of the new DAL shows China’s determination to implement the most stringent drug regulation in terms of drug supervision, punishment and accountability system. It systematically incorporates the experience and achievements of China’s medical reform during recent years. There are some areas which require further clarification and, we expect the Implementation Rules of the DAL will be amended soon to bring more clarity for implementing this new drug regulatory framework in China.

[1] In April 2018, China’s State Council released an opinion on promoting the development of “Internet + Medical Heath”. This is a major initiative to enhance the country’s public health services by application of internet and other information technology.

[2] A bit more info about section one

[3] A bit more info about section one

In mid-July of 2018, it was revealed that Changsheng Life Sciences had produced inferior rabies vaccines and provided forged production data. The vaccine scandal caused significant public concerns as the inferior vaccines were given to thousands of young children. In November 2018, NMPA imposed a fine of RMB 9.1 billion on Changsheng and the company’s executives are also facing criminal charges. The scandal prompted China to pass the Vaccine Administration Law in June 2019.

Yang Li
As a legal manager in our Intellectual Property team at Bird & Bird in Hong Kong, I regularly advise clients on a wide range of contentious and non-contentious intellectual property matters.
Profile 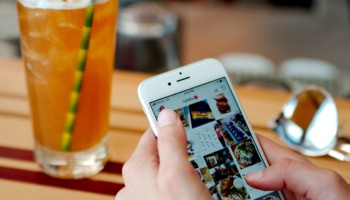 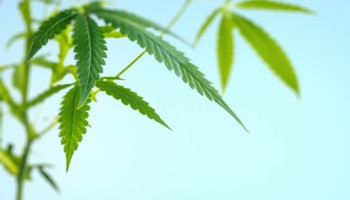 Christoph Hendel
3 min
Between pharma, agriculture and narcotics: The rise of medical Cannabis in a controversial emerging regulatory environment
Since liberalisation at the beginning of 2017, industrial and medical Cannabis have experienced a boom...

Dora Talvard
2 min
Transfer of value in France: the long-awaited “anti-gift” decree has finally been published
The French so-called “anti-gift” provisions strictly frame the conditions under which companies in the...
Cookie consent
We use analytics cookies to help us understand if our website is working well and to learn what content is most useful to visitors. We also use some cookies which are essential to make our website work. You can accept or reject our analytic cookies (including the collection of associated data) and change your mind at any time. Find out more in our Cookie Notice.