German Federal Patent Court denies request for preliminary grant of a compulsory license – Where do we go from here?

Background of the case

The most recent compulsory license request concerned Sanofi’s monoclonal antibody alirocumab which is an inhibitor of pro-protein convertase subtilisin/kexin type 9 (PSCK9). Alirocumab has been shown to reduce the levels of low-density lipoprotein cholesterol (LDL-C). Sanofi’s product Praluent®, which contains the active ingredient alirocumab, is approved for the treatment of primary hypercholesterolemia (heterozygous familial and non-familial) or mixed dyslipidemia.

After Amgen filed an infringement suit at the Regional Court Düsseldorf (docket no.: 4c O 39/16) alleging that Sanofi’s product infringes Amgen’s European Patent EP 2 215 124 B1 relating to an antigen binding proteins to proprotein convertase subtilisin kexin type 9 (PSCK9) Sanofi responded by filing a request for the grant of a compulsory license by way of a preliminary injunction request as well as main proceedings in the Federal Patent Court.

Not only is Amgen the proprietor of the EP at issue here, but it also markets an own product containing the inhibitor of pro-protein convertase subtilisin/kexin type 9 (LDL-C) evolocumab which is marketed under the name Repatha®.

Reasoning of the Court

At the oral hearing on 6 September 2018, the judicial panel found that neither requirement for the grant of a compulsory license was fulfilled. In order for a compulsory license to be granted the license seeker must show that (1) it has, within a reasonable period of time, unsuccessfully attempted to obtain permission from the proprietor to use the invention on reasonable commercial terms and conditions as well as that (2) the grant of such compulsory license lies within the public interest (Section 24 para. 1 of the German Patent Act).

Timing of the compulsory license request

In accordance with its finding that ‘last minute offers’ by the license seeker should not be sufficient to show an earnest and reasonable interest in obtaining a license in the Isentress case, the Court held here that Sanofi had not given Amgen sufficient time to consider the offer.

Sanofi had only waited about 3 weeks after sending an offer to the patentee to file the request for a compulsory license. Amgen had not dismissed the offer entirely but had asked for further time to consider it (also in light of a public holiday in between). However, due to the approaching oral hearing in the infringement proceedings, Sanofi had felt the pressure to go ahead with the compulsory license request. Even though Sanofi was relying on earlier (failed) attempts in 2015 and 2016 to obtain a license, the Court expressed the opinion that the offer was not sufficient to show an earnest effort in obtaining a license. In particular, the Court did not consider the negotiations to have finally failed yet.

As regards the contents of the offer, the Court did not object to Sanofi offering a rather low royalty rate of 2%, in particular because this rate had not been indicated to constitute an upper limit.

Direct comparison of Praluent® and Repatha®

Additionally, the Federal Patent Court held it had not been shown that there would indeed be negative effects for patients, should Praluent® no longer be available on the German market. The issue came down to whether a suitable alternative treatment was available in order to prevent any possible negative effects for patients. As Amgen provides an own product which is approved for the treatment of high cholesterol patients, the Court established that Sanofi must show that (1) Praluent® provides advantageous effects towards further available treatment options but (2) that Repatha® was not equivalent, i.e. that the removal of Praluent® from the German market would leave patients with no – at least not an equivalent – treatment alternative. Sanofi’s allegation to that end was supported by the clinical studies but the Court was not convinced. In particular the Court found that the studies did not provide sufficient proof as they differed in the investigated patient populations, were based on different study protocols and neither study was a head-to-head study which was directly comparing the two therapeutics. In the Court’s view this made it difficult to draw any conclusions as to which of the two was the “better” treatment.

Although in the Isentress case the public interest aspect was assessed with the help of a court-appointed medical expert, the Federal Patent Court reiterated in this case the general principle of German procedural law, that court-appointed experts shall not be heard in preliminary injunction proceedings. Therefore, although the involvement of an expert is feasible in the pending main proceedings for the grant of a compulsory license (docket no.: 3 Li 1/18), it remains an exception in the preliminary injunction proceedings.

In these proceedings the German Federal Patent Court has further specified the principles which were established in its Isentress decision. It is to be expected that the Court is leaning towards keeping compulsory license requests limited to exceptional cases: due to the nature of a compulsory license as encroachment on the right to own property which is guaranteed by the German Constitution, its scope should be defined restrictively.

Where a compulsory license request provides a real option in a patent dispute the license seeker must be able to show consistent efforts in obtaining a license, preferably along with a rejection of license negotiations by the patentee. The amount of the offered royalty rate should not be overly important as long as the license seeker does not provide an upper limit and is content to bear the risk that the offered rate is later found to be unreasonable.

However and more importantly, it is crucial for the product in question to provide a tangible advantage over other available treatment options. As seen in the Isentress case, one way to do this is to show that it would be detrimental to patients if they were required to switch to a different therapeutic after they have already been treated with the compound in question and that they would suffer serious consequences from such switch. In order to assess the effects on patients, an expert is certainly helpful.

Overall it must be kept in mind that a license seeker might be better off negotiating a royalty rate on its own as, even if a compulsory license is granted, the amount of the royalty rate will be determined by the Federal Patent Court. Therefore, the final royalty rate as determined by the Court may come as a surprise as reliable guidance on how to determine it is still scarce.

Kerstin Otto
As an associate in our intellectual property team in Düsseldorf, I work with our German and international clients on all aspects of IP law, focusing on patent litigation.
Profile
Popular 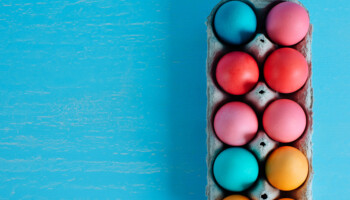 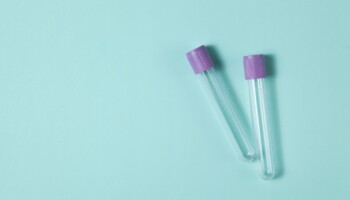 Johanna Harelimana
3 min
Reminder of the key requirements of the anti-gift law following the €1 billion+ fine of a pharmaceutical company
Breach of the “anti-gift” law An investigation by the Directorate General for... 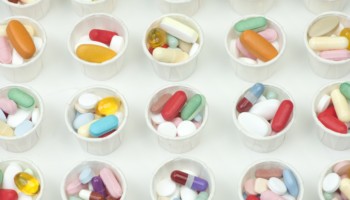 Evelina Marchesoni
3 min
PI for Tadalafil Dosage Patent refused in Italy
By decisions dated 30 July 2018, then confirmed in the appeal by decisions dated 30 August 2018, the...
Cookie consent
We use analytics cookies to help us understand if our website is working well and to learn what content is most useful to visitors. We also use some cookies which are essential to make our website work. You can accept or reject our analytic cookies (including the collection of associated data) and change your mind at any time. Find out more in our Cookie Notice.