Supreme Court defines plausibility in the context of sufficiency

A majority postulates a new “outward presentation test” to deal with the infringement of second medical use patents.

For the first time the Supreme Court has grappled with the thorny questions of how the concepts of sufficiency and infringement are to be applied to a patent relating to a second medical use of a known pharmaceutical compound.

The dispute is between Pfizer (parent company of Warner-Lambert) and Generics (UK) Ltd (trading as Mylan) and Actavis Group concerning the validity of and infringement of Warner-Lambert’s pregabalin patent. The patent claims pregabalin (marketed as “Lyrica”) for the treatment of pain, using the “Swiss form” where the invention is identified as neither a product nor a method of treatment but as a manufacturing process for a novel purpose. Claim 2 of the patent is limited to the treatment of inflammatory pain, and claim 3 is limited to the treatment of neuropathic pain.

Actavis marketed a generic pregabalin product under the brand name “Lecaent”, under a “skinny label”, i.e. for the treatment of some indications only. The Summary of Product Characteristics and the Patient Information Leaflet state that the conditions for which Lecaent is indicated are epilepsy and general anxiety disorder (GAD), for both of which patent protection has expired.

Mylan and Actavis claimed the revocation of the patent on the ground of insufficiency, and Warner-Lambert claimed against Actavis for infringement of Claims 1 and 3.

The court unanimously affirmed the view of both courts below that Claim 1 extends to all pain and Claim 3 to all neuropathic pain, whether peripheral or central. It also unanimously affirmed Arnold J’s decision rejecting Warner-Lambert’s application to amend the patent so as to limit the scope of these claims.

The court held by a majority (Lord Sumption, Lord Reed and Lord Briggs), that the disclosure in the specification supported the claims so far as they extend to inflammatory pain but not to any kind of neuropathic pain. It followed that Claims 1 and 3 failed for insufficiency, and that Warner-Lambert’s appeal must be dismissed and Actavis’s and Mylan’s cross-appeal allowed.

Lord Sumption, together with Lord Reed, Lord Hodge and Lord Briggs, held that if Claims 1 and 3 had been valid, they would not have been infringed. They differed, however, as to the reasons and in particular the test to be applied in order to determine infringement of purpose limited process claim.

Lord Sumption and Lord Reed considered that the intention of the alleged infringer is irrelevant and that the sole criterion of infringement is whether the product as it emerges from the manufacturing process, including any labelling or accompanying leaflet, is presented as suitable for the uses which enjoy patent protection. This new test, derived from German law, was termed “the outward presentation test”. The judge found that Lecaent was sold with patient information leaflets to the effect that it was for the treatment of epilepsy and GAD.

Lord Mance agreed that the test depends on the objective appearance and characteristics of the product as it is prepared, presented and put on the market, but left open the possibility that (i) in rare cases the context may make it obvious that these are not to be taken at face value, and (ii) there may be circumstances in which the generic manufacturer should positively exclude use for the patent-protected purpose.

Lord Hodge and Lord Briggs preferred the view of Arnold J that the test is whether the alleged infringer subjectively intended to target the patent-protected market. Arnold J found that they did not.

Looking at the judgment in more detail…

Sufficiency and the related concepts of enablement and plausibility are designed to ensure the patentee provides full public disclosure of their invention in exchange for the granted patent. Under section 72(1)(c) of the Patents Act 1977 a patent may be revoked on the grounds that “the specification of the patent does not disclose the invention clearly enough and completely enough for it to be performed by a person skilled in the art”. A patent may be found invalid on the grounds that the invention is insufficiently disclosed.

Generally an invention for a new product or process will be sufficiently disclosed if the specification enables it to be “performed”. But the assumption is not correct in the case of a second medical use patent. The invention is not the compound or the process of its manufacture both of which the skilled person already knows from the prior art disclosed in the original patent. The invention consists in the new purpose for which the product is to be manufactured.

Without some disclosure of how or why the known product can be expected to work in the new application, it would be possible to patent the manufacture of known compounds on a wholly speculative basis, without having invented anything at all, in the hope that trial and error might in due course show that the product was efficacious in treating at least some of them. For that reason, both Arnold J and the Court of Appeal concluded that it was not enough simply to refer to a known compound and assert that it was efficacious for treating a specified condition. The patentee must disclose some reason for regarding this assertion as “plausible”. In their view, this requirement was not an exacting one.

The Supreme Court considered the case law and concluded the fundamental principle which they illustrate is that the patentee cannot claim a monopoly of a new use for an existing compound unless he not only makes but discloses a contribution to the art. The disclosure in the patent must demonstrate in the light of the common general knowledge at the priority date that the claimed therapeutic effect is plausible.

The Court of Appeal was not wrong to say plausibility must be demonstrated across the whole scope of the claim. Plausibility is not a distinct condition of validity, but one element in the test of sufficiency. Where a feature of the claim is an assertion of therapeutic efficacy for a given condition, a monopoly is being claimed for the process of manufacturing the compound for the treatment of that condition. This does not mean that it must work for all patients suffering from that condition, or work on every occasion when it is applied by way of treatment. But it does mean that where the condition identified embraces a number of different pathologies, and the claim is construed as asserting the efficacy of the product for each of them, the assertion must be plausible in relation to all of them.

Where the asserted therapeutic effect is plausible in the light of the disclosure in the patent, subsequent published data may sometimes be admissible either to confirm that or else to refute a challenger’s contention that it does not actually work, but it cannot be a substitute for sufficient disclosure in the specification. In this case, the specification supported Claim 3 only if it would have suggested to the skilled person that there was some unifying principle which made it plausible that pregabalin would also work for the treatment of neuropathic pain.

Actavis and Mylan were entitled to succeed on their cross-appeal, not because there was anything wrong with the judge’s findings, but because those findings did not support his conclusion that the specification makes it plausible to predict that pregabalin would be efficacious for treating neuropathic pain.The question was not whether it is plausible but whether the specification discloses something that would make it so in the eyes of the skilled person.

It followed that claim 3 of the patent and the other claims relating to neuropathic pain were invalid for insufficiency.

Because doctors commonly prescribe generically and the pharmacist generally does not usually know what indication is being treated, the use of “skinny labels” specifying the purpose of the generic product cannot reliably prevent the pharmacist from dispensing the generic product for a patent-protected use. The judge had given directions as a result of which the NHS in England, Wales and Northern Ireland issued guidance to doctors to prescribe Lyrica rather than pregabalin for neuropathic pain, and to pharmacists to dispense Lyrica in response to a prescription for generic pregabalin if told that the prescription was for the treatment of pain. The Supreme Court considered it unclear that it will always be appropriate to meet problems arising in relation to second medical use patents by guidance of this kind.

The majority of the Supreme Court concluded (albeit obiter, since the relevant patent claims were held invalid) that the intention of the manufacturer, whether subjective or objective, was irrelevant to the question of infringement.

Lord Sumption (with whom Lord Reed agreed as did Lord Mance albeit with certain qualifications) adopted a new test which he termed the “outward presentation test” derived from German law. In a purpose-limited process claim, he said the badge of purpose is the physical characteristics of the product as it emerges from the relevant process, including its formulation and dosage, packaging and labelling and the patient information leaflet which in EU (and other) countries will identify the conditions for whose treatment the product is intended. This provides an objective test, which is not dependent on proof of the intention of the manufacturer. The outward presentation test was consistent with a purpose-limited claim where the designated purpose is an inherent characteristic of the invention. A test based on intention was not. It also provided legal certainty, in particular for those downstream of the manufacturer who deal in the product, and struck a fair balance between the public interest in rewarding the invention by allowing the patentee to exploit his monopoly and the public interest in the free use of the invention for therapeutic uses which do not have, or no longer have, patent protection.

Lord Briggs and Lord Hodge both favoured the test applied by the Judge. Lord Briggs in particular expressed his reservations that this solution was not proposed either by the parties or by any of the interveners and noted that the court had called for further submissions, in particular from Warner-Lambert, because it would deprive Swiss-form patentees even of the protection afforded by their ability to prove the requisite intent on the part of the manufacturer by evidence other than that constituted by the appearance and content of the fully manufactured product. No party other than Actavis favoured the solution, and even they regarded it only as an alternative to their primary case, based upon intention. The Secretary of State also considered that it did not strike the appropriate policy balance. 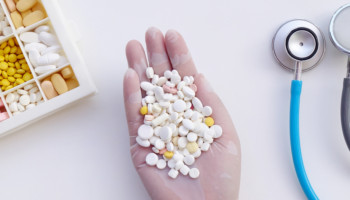 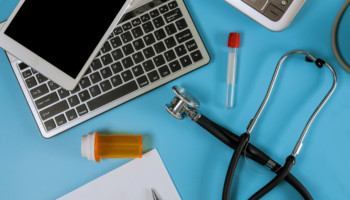 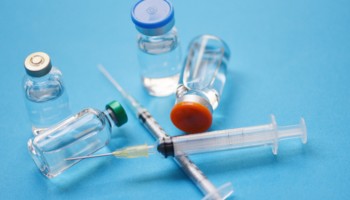 Tze She Teo
6 min
Singapore Gets Vaccinated! Introduction of the Pandemic Special Access Route (PSAR) for COVID-19 vaccines, therapeutic products and medical devices
As part of a slew of measures to mitigate the effect of the COVID-19 pandemic in Singapore,...
Cookie consent
We use analytics cookies to help us understand if our website is working well and to learn what content is most useful to visitors. We also use some cookies which are essential to make our website work. You can accept or reject our analytic cookies (including the collection of associated data) and change your mind at any time. Find out more in our Cookie Notice.