The English Patents Court examines the law on enablement in the context of lack of novelty based on both prior publication and prior use.

Earlier this year (17 July 2019) in Takeda UK Limited v F. Hoffmann-La Roche AG Mr Justice Colin Birss of the Patents Court of the English High Court of Justice handed down a judgment holding that Roche’s European Patent (UK) number 2,007,809 titled “Glycosylated Antibodies” was invalid for lack of novelty, lack of technical contribution and insufficiency. Birss J also held that Takeda’s allegedly infringing product fell within the scope of the claims. A copy of the decision can be found here.

The claims of the Roche Patent relate to a monoclonal antibody of human IgG1 or IgG3 type with at least 99% fucose (as well as less than 0.5% 1, 3 alpha-gal and less than 0.5% NGNA) in the sugar chain attached at Asn 297 as determined by a calculation method set out in the claim.

Takeda brought revocation proceedings in respect of the Roche Patent in April 2018 and Roche counterclaimed for infringement by Takeda’s recombinant antibody product Entyvio® (vedolizumab). Entyvio® is a gut-selective biologic approved for the treatment of adults with moderately to severely active ulcerative colitis and Crohn’s disease.

Of particular note is Birss J’s review of the law on enablement in the context of a novelty attack on a claim to an antibody.

The starting point was the House of Lords decision in Synthon v SKB [2006] RPC 10 in which it was held that there were two requirements for a patent claim to lack novelty over the prior art: disclosure and enablement. The dispute between the parties centred on what exactly it was that had to be enabled. Relying on EPO case law, Roche contended that what had to be enabled was the very thing disclosed in the prior art. Takeda argued that, as long as the prior art (disclosed and) enabled something falling within the claim, the claim would be anticipated. Takeda argued that Synthon was authority for its position and to the extent that the EPO decisions were inconsistent with Synthon, the EPO decisions were wrong.

Having reviewed the case law of the EPO including G1/92 Availability to the Public as well as T1833/14 and T2045/09, Birss J held that the correct approach to the issue of enablement is that what has to be enabled is a product having all the features of the claim of the patent being attacked, rather than a product having exactly the same features as that disclosed in the prior use or the piece of cited prior art. He considered that his findings on the law were consistent with the decisions in both Synthon as well as G1/92.

Birss J also noted that the claims at issue in the Roche Patent were claims to populations of antibodies, and it was unrealistic to think that one could “reproduce” a prior art population of antibodies down to counting individual molecules; there would always be a level of detail at which one could distinguish between the prior antibody product and the version produced by a skilled person.

By way of example of the application of this principle of law, Birss J held that the first of the three pieces of cited prior art known as Bihoreau disclosed an antibody (referred to as Anti-D1) having a fucose level of greater than 99% and alpha-gal and NGNA levels of less than 0.5%. The latter findings were based on the fact that the Anti-D1 antibody was expressed in CHO-DG44 cells that were known not to add NGNA or alpha-gal (at least not in appreciable quantities). When it came to enablement, he held that the skilled team would not be able to produce an antibody having the amino acid sequence of the Anti-D1 antibody referred to in Bihoreau because no sequence data were given, nor were any details of the expression vector or clone of the CHO-DG44 cell line in which it was expressed. Despite that lack of information, however, he held, based on his findings on the common general knowledge, that the disclosure of the Anti-D1 antibody was enabling because the skilled team would know how to select an antibody to D1, express that anti-D1 antibody in CHO-DG44 cells, make a number of sub-clones and screen them for their own version of the anti-D1 antibody having more than 99% fucose. Given that the skilled team were expressing their anti-D1 antibody in the CHO-DG44 cell line, it would inevitably have less than 0.5% NGNA and alpha-gal.

Ning-Ning Li
As an associate in our London-based Intellectual Property Group, I have expertise in a broad range of IP rights including patents, trade marks and designs, with a particular focus on the life sciences sector. I have extensive experience in IP litigation in the UK, working on all aspects of cases at both High Court and Court of Appeal levels.
Profile
Popular

Evelyn Tjon-En-Fa
17 min
A vaccine for COVID 19 –risks and liabilities in international perspective
As the development of vaccines against COVID-19 is progressing, the question becomes urgent who will... 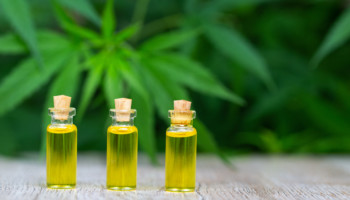 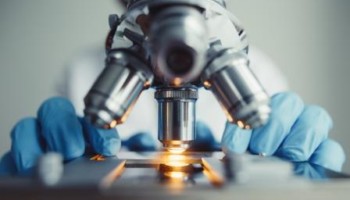 Alexandre Polak
1 min
New 2019 French Patent/Software box regime: taxation at a reduced rate of 10%
A new preferential taxation regime for income generated by industrial property and software is applicable...
Cookie consent
We use analytics cookies to help us understand if our website is working well and to learn what content is most useful to visitors. We also use some cookies which are essential to make our website work. You can accept or reject our analytic cookies (including the collection of associated data) and change your mind at any time. Find out more in our Cookie Notice.