Italy: Pharmaceutical company fined by the Italian Competition Authority for the sale of a lifesaving drug at excessive prices

Essetifin S.p.A., Leadiant Biosciences Ltd., Leadiant GmbH and Sigma – Tau Arzenmittel GmbH (“Leadiant”) were recently sanctioned by the Italian Competition Authority (“ICA”) after investigations revealed an abuse of dominant position in the national market of the sale and production of a pharmaceutical product made of chenodeoxycholic acid (“CDCA”). CDCA is an active ingredient widely used to cure cerebrotendinous xanthomatosis (“CTX”), an ultra-rare disease.

According to the ICA, Leadiant implemented a complex commercial and regulatory strategy, which included dilatory and obstructive behaviour towards the Italian Medicines Agency (Agenzia Italiana del Farmaco, “AIFA”), when negotiating the price of the drug. The unlawful conduct was carried out over more than 10 years with the aim of eliminating all possible competitors and thus being able to set abusive prices in various national markets of the European Union, including Italy.

In 2007 Leadiant (which was then called Sigma – Tau) acquired the entire dossier and distribution rights of Chenofalk, a CDCA-based medicine often prescribed off-label to people suffering from CTX. In the same year, all other competitors active in the sale and production of drugs based on CDCA spontaneously left the market, thereby making Chenofalk, (which became known as Xenbilox after Leadiant’s acquisition), the sole industrially made drug based on CDCA available on the market in the European Union.

Furthermore, Leadiant concluded an agreement with the main CDCA manufacturer in Europe, for the exclusive distribution of the active ingredient. The contract allowed Leadiant to gain effective control over CDCA in Europe and to prevent other producers of drugs made of CDCA from taking possession of the molecule. This strategic choice had a significant impact on the Italian market.

Since its entrance in the Italian pharmaceutical market, Leadiant immediately held a dominant position. The reason for this was that there were no competitors against Leadiant and the likelihood of an entrance of a potential future competitor onto the market was also very low.

To achieve its commercial strategies, Leadiant’s first move was to gradually sell Xenbilox at a higher price (so-called step price increase). The first increase took place in 2009, when Xenbilox was sold at EUR 600 per pack on the German market, against the initial sale price of EUR 37,75 per pack. The second step of the strategy dates back to 2014, when the ex-factory price of Xenbilox rose up to EUR 2,900 in Germany. The ICA concluded that the application of a premium price to an off-label medicine such as Xenbilox was aimed at preparing the European markets (including the domestic one) to the future price with which Leadiant sought to launch its next on label orphan drug.

The second move consisted of performing a brand differentiation strategy. In 2016 Leadiant decided to withdraw Xenbilox from all European markets and introduced a new on label medicine called CDCA Leadiant. Additionally, in order to avoid any possible connection between the two drugs, CDCA Leadiant was attributed to a “new company”, though in reality, there had only been a change in the name (this is precisely when Sigma – Tau became Leadiant). As a result, CDCA Leadiant obtained the orphan designation in October 2017.

According to the investigations, the rationale behind the enactment of a brand differentiation strategy was so Leadiant, if faced with issues related to the excessive price set for the sale of CDCA Leadiant compared to Xenbilox (both used for the treatment of CTX), could have justified it by referring to the substantial and qualitative superiority of the newly introduced medicine. This was, however, unfounded since both drugs were based on the same active ingredient.

When looking specifically at the national market, Leadiant decided to launch CDCA Leadiant in 2017. The same year, Leadiant submitted an authorization request together with a refund application for the sale of the drug to the AIFA. The price proposed by Leadiant was EUR 25,592 (EUR 15,506 ex-factory price) per pack. During negotiations, the AIFA always regarded the above-mentioned amount to be unreasonably high. For this reason, in 2018 the AIFA asked for a proof of the costs incurred by Leadiant both in the preparation of the drug and for the obtainment of the orphan designation. In this regard, it is important to note that Leadiant only provided the AIFA with the information requested after nearly two years of negotiations. By doing so, Leadiant slowed down the negotiation process and took advantage of the weaker position occupied by the AIFA in the matter, as the object of the discussion was the price to be attributed to a lifesaving medicine.

After having gathered all the relevant information, the ICA proceeded with a legal analysis of the abuse of dominant position consisting of the imposition of unfair prices by Leadiant.

In line with the CJEU judgment in United Brands, the ICA based their calculations on a two-step test: a) verify whether there exists a disproportion between the costs incurred in the production and the price actually disclosed to the public; and b) verify whether the price charged is excessive in itself or in comparison with other competing products.

To this end the ICA considered several qualitative factors such as (to name a few): the nature of the product, Leadiant’s investment on research and development, the added therapeutic value (“ATV”) of CDCA Leadiant. After an attentive analysis of each individuated factor, the ICA concluded that:

In light of the foregoing, Leadiant is liable for having abused their dominant position in the relevant Italian market of sale and production of CDCA – based drugs prescribed to cure CTX by imposing unfair prices for the sale of CDCA Leadiant. As a consequence of the breach of article 102 (a) TFEU, Leadiant received a fine of EUR 3,5 million.

THE ICA PRESS RELEASE IS AVAILABLE HERE (IN ENGLISH)

Federico Marini Balestra
Experience Capabilities Education As a partner in the EU & Competition Group in Italy, my practice areas stretch from antitrust and regulatory proceedings, to administrative and commercial litigation, with in-depth expertise in TMT law and regulation. I lecture on Internet and media law at the Scuola Nazionale dell'Amministrazione in Italy and often write about antitrust and TMT law for leading legal journals. I have also co-written one of Italy's leading textbooks on e-communications law.
Profile

Lucia Antonazzi
I work as an associate in our Competition and European Union Law department in Rome, where I deal with Technology and Communications, assisting our national and international clients in EU and competition law matters, supporting companies in their business activities and assisting them in proceedings relating to abuse of dominant position and agreements restrictive of competition before the Antitrust Authority. I am often involved in comprehensive and structured antitrust audit and compliance programmes with Italian and international clients.
Profile
Popular

Pieter Erasmus
13 min
COVID-19: UK Public Health Perspectives
As Novel Coronavirus (COVID-19) continues to spread across the globe, in an effort to prepare for all... 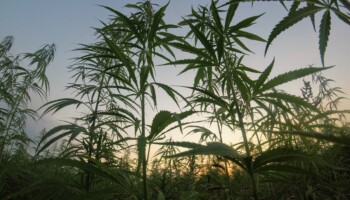 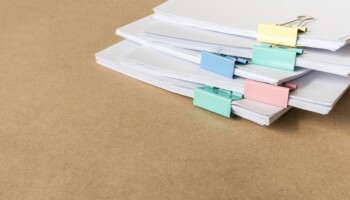