Cannabidiol (CBD): Annulment of the order prohibiting the sale of cannabis flowers and leaves

The Council of State (Conseil d’Etat) has recently annulled the government order prohibiting the sale of cannabis flowers and leaves with a delta-9-tetrahydrocannabinol (THC) content of less than 0.3%.

In 2021, the government had authorised the sale of CBD with a THC content of less than or equal to 0.3%, but only when the molecule was present in derived form (industrial production of hemp extracts), in products such as creams, sweets and baked goods (Order of 30 December 2021).

The sale to consumers, possession or use of flowers and leaves of CBD “in their raw state”, regardless of the form taken in the finished product (use in herbal teas, oils, CBD cosmetics or smoked) remained prohibited for public health and public order protection reasons.

Although the order was very much awaited and did introduce important amendments, it was considered disappointing by the main actors of the CBD industry as it did not give companies the possibility of fully investing in the CBD markets with many remaining restrictive conditions.

Indeed, while hemp flowers and leaves could be harvested, imported, or used for the industrial production of hemp extracts, the sale to consumers of flowers or leaves in any form, alone or in combination with other ingredients remained prohibited.

Advocates of the cultivation of hemp in France, challenged this order before the Council of State. The ban was suspended for almost a year before eventually being annulled on 29 December 2022.

Indeed, the Council of State ruled that it is not established that the consumption of CBD flowers and leaves with a low THC content would entail risks for public health. It considered that such varieties of cannabis with a low THC content could not be considered as narcotic products. The general and absolute ban on the marketing of cannabis leaves and flowers was therefore considered to be unlawful and disproportionate.

Actors of the CBD sector believe the annulment of the order to be an encouraging step towards a wider opening of the French CBD market.

Alexandre Vuchot
I'm a partner in Bird & Bird's international Commercial group, based in Paris, where I provide our clients with strategic commercial advice. With both French and English qualifications in commercial and corporate law, I have extensive experience of transactional matters. I am able to offer comprehensive advice on all aspects of general business law. I assist on commercial contracts covering distribution, franchise, sales, agency, cooperation and procurement arrangements, acting for suppliers and customers particularly in the retail, tech & comms, life sciences, as well as gaming, entertainment and sport sectors.
Profile
Popular 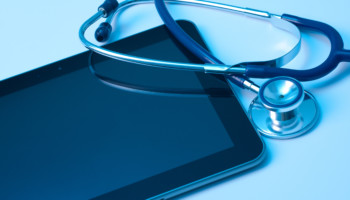 Julie Schwartz
4 min
French Legal Framework for the exchange of health data by secured health messaging systems
Before the entry into force of the GDPR on 25 May 25 2018, healthcare professionals and facilities and...