On September 26, 2019, the Higher Regional Court of Düsseldorf confirmed on appeal that Teva Pharmaceutical Industries Ltd. (“Teva”) – one of Bird & Bird’s key clients – is entitled to a preliminary injunction against Mylan dura GmbH (“Mylan”) in Germany. This preliminary injunction relates to Mylan’s product CLIFT 40 mg/ml, a glatiramer acetate product which infringes patent EP 2 949 335.

Facts and Background of the Case

Teva is the exclusive licensee of patent EP 2 949 335, owned by Yeda Research and Development Company, Ltd. It distributes the original product Copaxone® 40 mg/ml in Germany. The patent concerns a low frequency glatiramer acetate therapy with a specific dosage regime for 40 mg glatiramer acetate. On March 28, 2019 the patent was upheld by the Opposition Division of the European Patent Office in a slightly amended form (this decision is under appeal). Mylan’s product, CLIFT 40 mg/ml infringes upheld claims 1 and 2 of the patent, which remained undisputed between the parties throughout the course of the proceedings.

In December 2015, another Opposition Division of the European Patent Office upheld the parent patent EP 2 405 749. This patent was withdrawn in February 2017.

Mylan’s CLIFT 40 mg/ml was made available in Germany on December 15, 2017. Consequently, Teva tried to obtain a preliminary injunction against Mylan before the Munich Courts. However, the request was rejected in both instances as the judges had doubts regarding the validity of the patent EP 2 949 335 – despite the positive decision regarding the parent patent. In this instance, the judges strongly relied on a deviating decision of the UK High Court of Justice.

Course of the Proceedings

During the course of the proceedings, Mylan tried to convince the judges that the decision of the Opposition Division was evidently wrong. It tried to establish a contradiction between the assessment of plausibility and inventive step and focused on one piece of prior art (which had already been assessed in the opposition proceedings), based on which it continued to argue that the patent would lack inventive step. In addition, Mylan tried to refer to foreign decisions, including the decision in the UK, arguing that a preliminary injunction would be barred in this scenario and accused Teva of an abusive behavior in light of the withdrawal of the parent patent.

The Regional Court of Düsseldorf was not persuaded by Mylan’s line of argument and granted the preliminary injunction on June 14, 2019 (docket no. 4c O 22/19). Teva is enforcing the decision. Mylan’s request to preliminarily stay enforcement of the decision was also rejected by the Higher Regional Court.

Mylan appealed the decision of the Regional Court to the Higher Regional Court of Düsseldorf, which heard the case on September 26, 2019. Mylan’s appeal was, however, dismissed on the same day (docket no. I-2 U 28/19).

Lessons to be Learned

The decisions of the Regional Court and Higher Regional Court of Düsseldorf are characteristic of the increasing attempts by parties to argue that an “unpleasant” validity decision is evidently wrong and should therefore be disregarded. For instance, Applicants have (unsuccessfully) tried to argue in cases such as Fulvestrant, Dexmedetomidin, Pregabalin and recently Pemetrexed, that respective invalidity decisions of the Federal Patent Court were evidently wrong. The two decisions from Düsseldorf underline that this is a high hurdle:

This standard was not met in the case at hand. In this regard, both Courts reviewed the decision of the Opposition Division in detail and concluded that an evident error can certainly not be assumed.

Mylan had also heavily relied on case law from the Higher Regional Court of Düsseldorf, according to which a preliminary injunction may be barred in case of deviating decisions from equally or higher ranked panels regarding the identical facts (unless the decisions are untenable themselves). In this regard, Mylan focused on the deviating assessment of foreign Courts, particularly of the UK High Court of Justice. In its decision, the Higher Regional Court clarified its jurisprudence as follows:

Consequently, this exception was not met in the case at hand. Especially, the Higher Regional Court pointed out that respective competent Opposition Division confirmed the validity of the parent patent EP 2 405 749 as well as the validity of the injunction patent.

Furthermore, the Higher Regional Court of Düsseldorf dismissed Mylan’s allegation of abusive behavior in view of the withdrawal of the parent patent EP 2 405 749.

The Higher Regional Court stated that an abusive behavior could generally be taken into consideration in the overall weighing of interests. However, according to the judges, this could not be determined in the present case, particularly as the timing of the withdrawal was of the essence here:

As no preliminary opinion had been issued in the appeal proceedings re EP 2 405 749 at the time of the withdrawal of the patent, abusive behavior (or lacking assumption of validity) cannot be assumed here.

If you have questions regarding this case or a similar matter, including strategic advice for future cases, feel free to contact Oliver Jan Jüngst, Dr. Anna Wolters-Höhne and Dr. Annika Lückemann.

Anna Wolters-Hohne
About me Since joining our IP Practice Group back in 2004 I have been focusing on international and cross-border patent litigation in particular for pharma and life sciences clients with an equally extensive expertise in litigating preliminary injunction cases.
Profile

Oliver Jan Juengst
I have been with our firm since the opening of its first German office in Düsseldorf in 2002. I have 20 years' history of litigating patents on both sides of the "v." In addition to my daily practice I am a member of the German Management Team.
Profile

Annika Lueckemann
As an associate in our IP practice group, I represent national and international companies in all matters of intellectual property. My particular focus lies on litigating patents from all technical areas, including the co-ordination of international patent disputes.
Profile
Popular 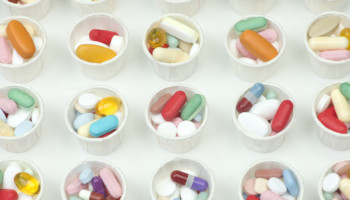 Brona Heenan
11 min
More Guidance on Pharma Settlement Agreements from the Court of Justice of the EU (ECJ)
It is clear that under certain specific circumstances, a settlement agreement between a holder of a pharmaceutical...

Emmanuelle Porte
6 min
French Healthtech in the Covid crisis: when strategic issues lead to growth
The strategic challenges of the French Healthtech sector - health, innovation, sovereignty - are undeniably...
Cookie consent
We use analytics cookies to help us understand if our website is working well and to learn what content is most useful to visitors. We also use some cookies which are essential to make our website work. You can accept or reject our analytic cookies (including the collection of associated data) and change your mind at any time. Find out more in our Cookie Notice.