The Chinese Supreme Court (“SPC”) released on 29 October 2020 the “Provisions on Several Issues Concerning the Application of Law in the Trial of Patent Civil Cases Involving Drug Marketing Review and Approval (Draft for Public Opinions)” (“Draft Judicial Interpretations”) to provide guidance on the application of the new patent linkage provisions set out in the new Patent Law Amendments 2020 (“Amendments“), which will come into effect on 1 June 2021.

Article 76 of the Amendments state that during the drug marketing authorization (“MA“) review period, if there is a patent dispute between the MA applicant and the patentee or interested party relating to the drug, which is the subject of a MA application, the relevant party may file court proceedings (“Patent Linkage Case”), to seek a judgment on whether the drug falls within the patent protection scope.

The parties may also request an administrative ruling on the relevant patent dispute (i.e. if the drug falls within the patent scope) from the China National Intellectual Property Administration (“CNIPA“).

As patent linkage is new to China, the Draft Judicial Interpretations provide much needed detail on how the proposed system will operate. We set out below the key provisions:-

The following definitions are contained in the Draft Judicial Interpretations:-

The following documents must be filed when a Patent Linkage Case is commenced:-

The MA applicant is also required to submit a copy of the technical materials filed with the CDE to assist with the determination of the patent case. If the MA applicant submit materials clearly inconsistent with those on file at the CDE, the MA applicant may be punished by a fine, detention or even subject to criminal liability (Article 111 of Civil Procedure Law).

Importantly for many originator companies, if a Patent Linkage Case is filed, the patentee/interested party may apply for an injunction (with bond required) against the MA applicant to prevent it from manufacturing, using, offering to sell, selling or importing the drug for business purposes. However, the injunction will not stay the MA application and NMPA review. If granted, the injunction will normally be in force until the effective judgment is handed down (Provisions of the Supreme People’s Court on Several Issues concerning the Application of Law in Examining Cases Involving Act Preservation in Intellectual Property Disputes).

The obligation of confidentiality on a party’s trade secrets is expressly set out in the Draft Judicial Interpretations.

The SPC has also set out possible outcomes in the Draft Judicial Interpretations i.e. the court can dismiss the patentee/interested party’s “infringement” action or make an rule in favour of the MA applicant’s “non-infringement” action in the following scenarios:-

The Draft Judicial Interpretations also outline several potential options available to the parties once a Patent Linkage Case has been determined:-

Court documents can be served on the contact person, mailing address and/or e-mail address that are listed on the Platform or on the information platform of CDE. These contact details may be used until the party submits a confirmation letter to the court with a different/updated service address.

Anthony Wilkinson
I am a Registered Foreign Lawyer in the Intellectual Property Group, based in our Hong Kong office. As a registered medical practitioner, pharmacist and lawyer, with extensive experience in the global medical industry, I bring a unique background to advise our clients on a broad range of matters in the life sciences space. Outside of my knowledge of hospital medicine, I have a strong background in the regulation and marketing requirements of medicines and devices. I have worked as a Medical Officer (Prescription Medicine) for a government regulator, as well as the Head of Clinical Review for a major European Notified Body. My work in the medical industry has seen me responsible for a range of areas including: medical affairs, government affairs, corporate compliance, business management, regulatory affairs, technology acquisition, reimbursement and clinical affairs. I have spent the last decade living and working for medical companies in Australia, the USA and Hong Kong. I have handled medical product registrations across all major regulated jurisdictions, and I have a deep understanding of the needs of international life sciences clients. I have a specific interest in medical product regulation and understand the increasingly complex regulatory landscape for these products. I look to advise our clients in a number of life sciences areas including IP issues, regulatory issues, marketing authorisations, as well as clinical trial and R&D agreements.
Profile 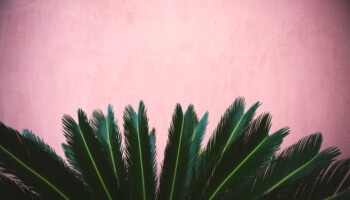 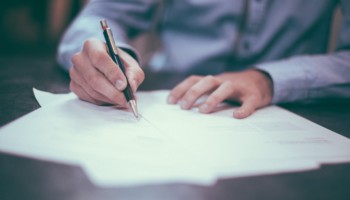 Kevin Munungu
8 min
Access to toxicity reports and protection of commercial interests: the Court of Justice of the European Union blows the final whistle!
The Court of Justice of the European Union (CJEU) has recently issued two rulings which aim at ending...
Cookie consent
We use analytics cookies to help us understand if our website is working well and to learn what content is most useful to visitors. We also use some cookies which are essential to make our website work. You can accept or reject our analytic cookies (including the collection of associated data) and change your mind at any time. Find out more in our Cookie Notice.